Your friends are waiting for you at the bar. 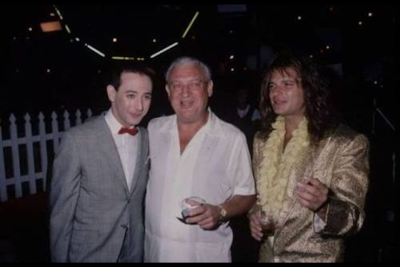 Its Friday and the end of the first quarter. My most hated time of the year is officially over. And baseball season truly starts in a week. We made it! Now, get yourself a cold one, howl at the moon and tell Old Man Winter where he can put his crappy weather.
Posted by Tuna at 3:45 PM 7 comments: 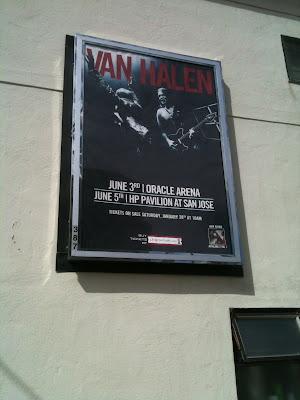 Enough with your winter weather and affected alterna rock. Summer is around the corner, I've got a fantasy baseball draft to prepare for and Van Halen is coming to your town. I can't wait to see 50 yo women take their tops off while David Lee Roth hobbles around the stage. This is going to RAWK, brother, RAWK! Oh, and for the love of Eddie Van Halen, will somebody write a freakin record review?
Posted by Tuna at 5:21 AM 1 comment: 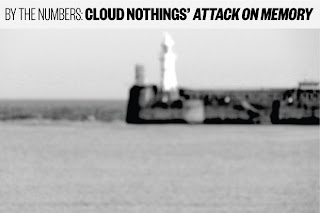 If two things have come to represent the death of rock to the grizzled punker, they are the sweater and the horned rim glasses of modern pop stars. Stars? Well, if mumbling insecurities and casting eyes downward while avoiding all emotional contact with one's audience can describe a star, perhaps we need a new metaphor. I don't understand new alterna-indie music. I kept hearing about Sleigh Bells and so I downloaded some of their music and I sat before the computer, back aching, stupified, wondering how I had become that guy, the one who wonders sincerely where it all went wrong with western civilization. That Sleigh Bells shit? That is some terrible fucking music. I don't care how hot the singer is.
So let me recommend a new band with a young singer who wears sweaters and horned rimmed glasses and has even grown a scruffy beard and let's all take a breath and remember that melody, at the end of the day, is king. Cloud Nothings is essentially some 19-year old kid named Dylan whom you really shouldn't look up on youtube. Just listen to the tunes, and you'll have a better chance of enjoying something from that generation that gets harder to understand. The first record proper, the self-titled one, sounds like a Lemonheads greatest hits record if they had more complex songwriting angles and didn't withdraw into punk cliches. He even sounds like that other Lemonhead singer from the early days not named Evan. I'm telling you man- this kid finds melodies around every turn, and some of them are surprising. So what's the rub? The kid, young as he is, clearly hadn't decided who he wanted to sound like, and some of the voices sound like seven shades of indie fey, while others get closer to that L-head dude. Your chances of enjoying the record depend in part on your ability to get past some of his more grating voices, and that ain't easy. I keep listening to the thing and the vocals grate less, but I can't say you won't hear it, cringe, and curse my name.
What's more interesting is that the sophomore effort sounds little like the first one. This guy could have taken his time and crafted twelve more love letters to the harmony gods, but he gets a touch aggro in spots and spreads himself out in space, jamming out the repetition in one tune to over eight minutes of what may or may not be ironically named "Wasted Days." And heresy alert: it sounds like a cleaned up Wipers in spots, even if the voice doesn't. This kid nails some pop songs along the way, as just eight tunes arrive, but the risk-taking counts, and this is one kid to pay attention to, especially if he gets contacts, buys a leather jacket and shaves. That was a joke, asshole.
Posted by sonny house at 6:59 PM 2 comments:

Michael Hurley and the Meaning of Life 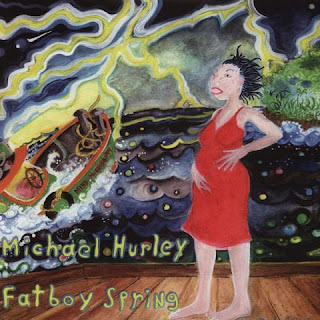 Michael Hurley records sound like a porch hootenany, except everyone knows how to play and no one takes himself seriously. Remember when your stoner friends used to tinkle around with the guitar while you were trying to watch the game? Michael Hurley is the opposite of those guys. I first got excited by Mr. Hurley when I stumbled upon his record with ex-Holy Modal Rounders weirdo Peter Stampfel, Have Moicy, and it remains my favorite listen. These be goofy melodies inescapable, and they will have their way with your memory.  Remember that mildly pleasant three-date affair you had with that girl your friend introduced you to? Side 1 Track 3 will replace that chick, pronto.  Mississippi Records in their continued foresight and relentless generosity has seen fit to reissue a number of Hurley records, and don't come barking up my tree to differentiate between them. Do what I did, sucker- buy them all, and then play them consecutively each and every Sunday morning. Have your significant other make strong coffee and reciprocate by allowing her to listen to these tunes. You'll relax together on the couch and all plans will melt like your earlier ambitions to be someone and soon you'll recognize the meaning of life is lying on the couch with your honey and listening to Michael Hurley records. You went to Tony Robbins and paid the big bucks, and now I'm giving you the real shit for free.   Sure, you could strive for fame and fortune and self-actualization, or you could lie on the sofa and listen to quality porch music.  Wisdom comes in choosing.

Posted by sonny house at 8:25 PM No comments:

Best of the last 10 Years